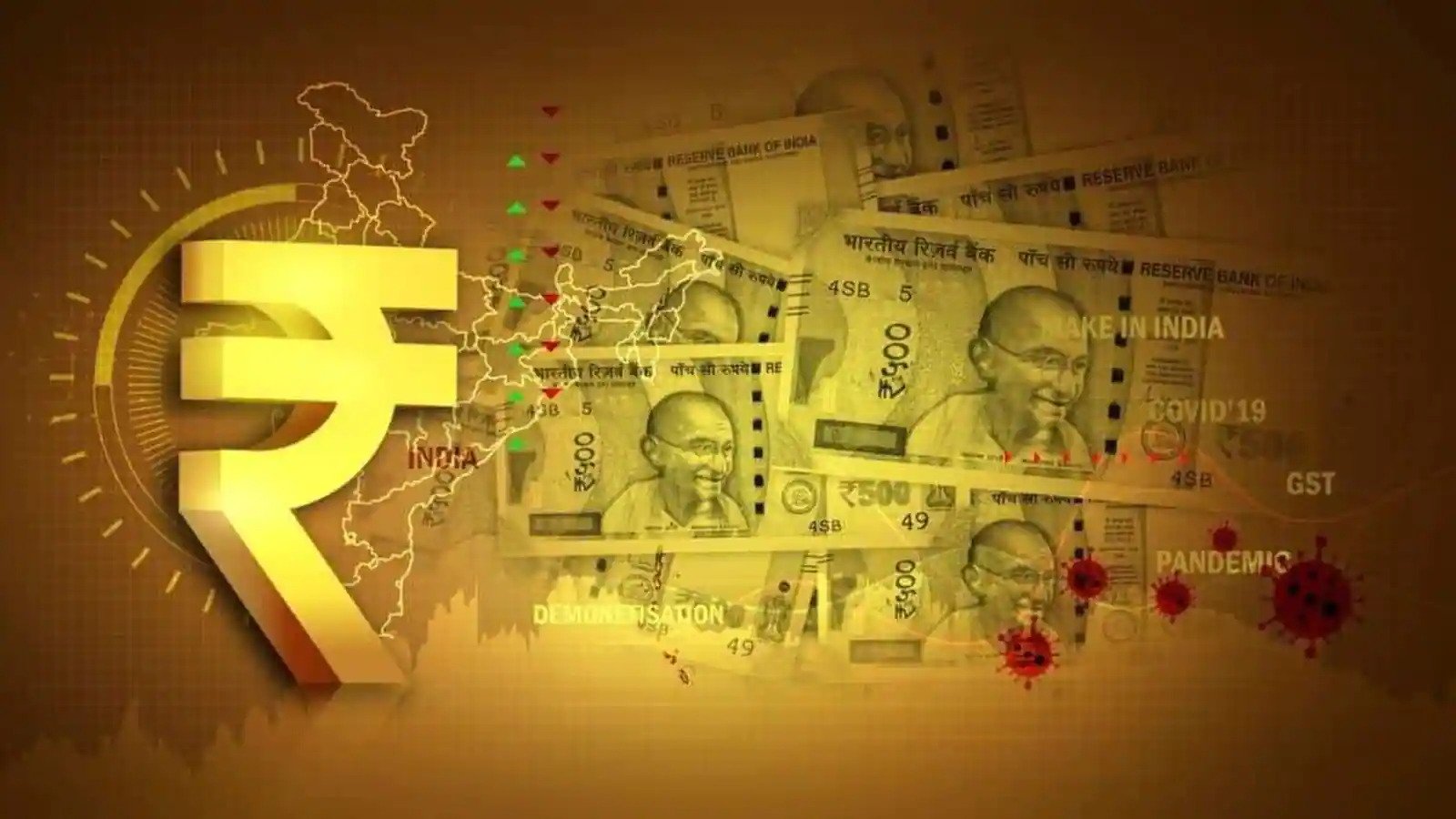 On 1 December 2022, the Reserve Bank of India (RBI) officially launched its first digital token or the digital version of its currency known as the Digital Rupee or e₹-R as part of a pilot. The Digital Rupee can be purchased and traded via selected banks in selected cities. At present, around eight banks have been given the opportunity for phase-wise participation in this pilot. The first phase includes four banks, State Bank of India, ICICI Bank, Yes Bank, and IDFC First Bank in four cities across India. Later on, four more banks, Bank of Baroda, Union Bank of India, HDFC Bank, and Kotak Mahindra Bank will join this pilot. The pilot initially covers four cities, Mumbai, New Delhi, Bengaluru, and Bhubaneswar, and later on, it will extend to Ahmedabad, Gangtok, Guwahati, Hyderabad, Indore, Kochi, Lucknow, Patna, and Shimla. Eventually, the scope of the pilot will be expanded gradually to include more banks, users, and locations as required.

It is indeed a big moment for India as it has now joined other countries including China in pushing forward the digital versions of their currencies, as it strives to eliminate private cryptocurrencies which pose risks to financial stability. In fact, besides being the RBI’s accepted version of cryptocurrencies, the Digital Rupee will be exchangeable at par with the current currencies and will be deemed acceptable for payments, money, and a safe store of value. In true essence, the Digital Rupee doesn't much differ from the currently-issued banknotes; the only way it differs is that it can be transacted digitally and facilitates ease of use.

As described earlier, only a selected group of customers and merchants are taking part in the pilot and using the e-rupee as a replacement for hard cash. Hence, if anyone is planning to purchase India’s official digital currency, then Fintra here presents some of the vital facts you should keep in mind about the Digital Rupee:

As described at the beginning, the Digital Rupee (e₹-R) is basically the digital version of the Indian currency, the Rupee. It's in the form of a digital token representing legal tender and is issued in the same denominations that paper currency and coins are currently being issued. Banks will distribute the Digital Rupee (e₹-R) via the digital wallets on mobiles, and from there individuals can transact with e₹-R whenever desired.

The transactions can occur as Person to Person (P2P) and Person to Merchant (P2M). Later on, payments to merchants can even be done using QR codes. The e₹-R offers features of physical cash such as trust, safety, and settlement finality. When you deposit funds in bank accounts, it usually earns interest, but when it comes to Digital Rupee (e₹-R), it will not earn any interest, and its value will remain constant. Moreover, the e₹-R can be converted into money like deposits via commercial banks. It has also been said that the Digital Rupee (e₹-R) will be free from tax regulations. 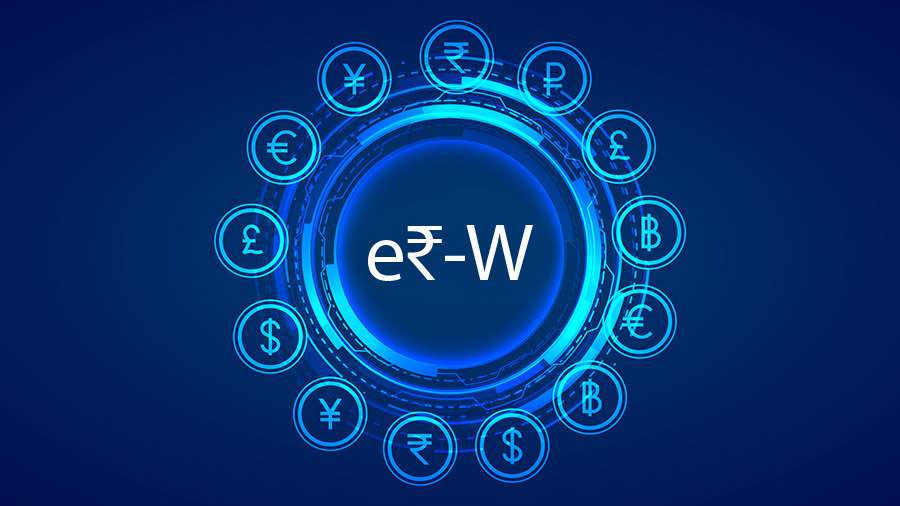 There are two kinds of Digital Rupee (e₹-R)- general purpose (retail) and wholesale. The retail e₹-R is the electronic version of cash and is primarily meant for making retail transactions. Gradually, it will be available for use by all, the private sector, non-financial consumers, and businesses, and it will be able to provide access to safe money for payment and settlement, as it will be the direct liability of the central bank.

On 1 November 2022, it's believed that RBI launched the Digital Rupee for the wholesale segment for settling secondary market transactions in government securities. The wholesale e₹-R is designed for restricted access to selected financial institutions. In fact, it has the capability of converting the settlement systems for financial transactions undertaken by banks in the government securities (G-Sec) segment, inter-bank market, and capital market into efficient and secure in terms of liquidity management, operational costs, and use of collateral.

How to buy the Digital Rupee (e₹-R)? 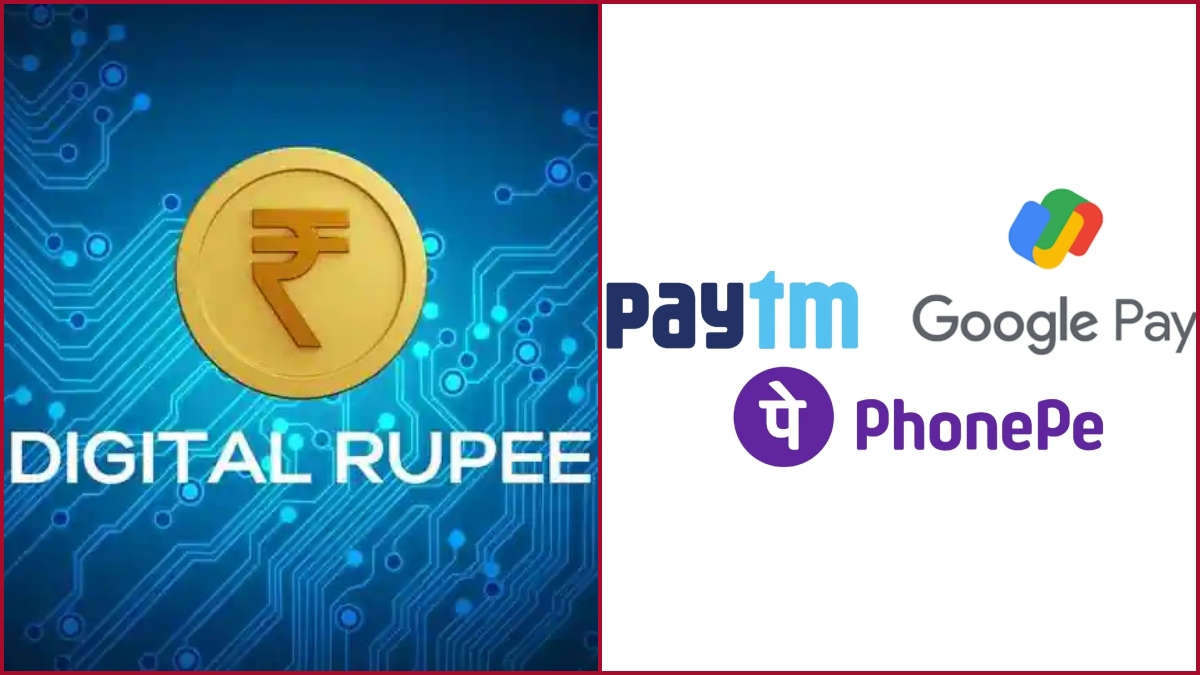 You might be wondering if you can share or send Digital Rupee (e₹-R) to a friend or family. The answer is yes- this can be shared with family or a friend just as how you send and share cryptocurrency. However, this action can be done only on supported apps provided by the banks, which have been licensed to issue e₹-R in India. Digital Rupee (e₹-R) can be stored just as how you store funds on a Paytm wallet, which is used for all sorts of transactions. Moreover, RBI has also stated that Digital Rupee (e₹-R) should be regarded as a legal tender by all institutions be it private and/or government, and individuals. 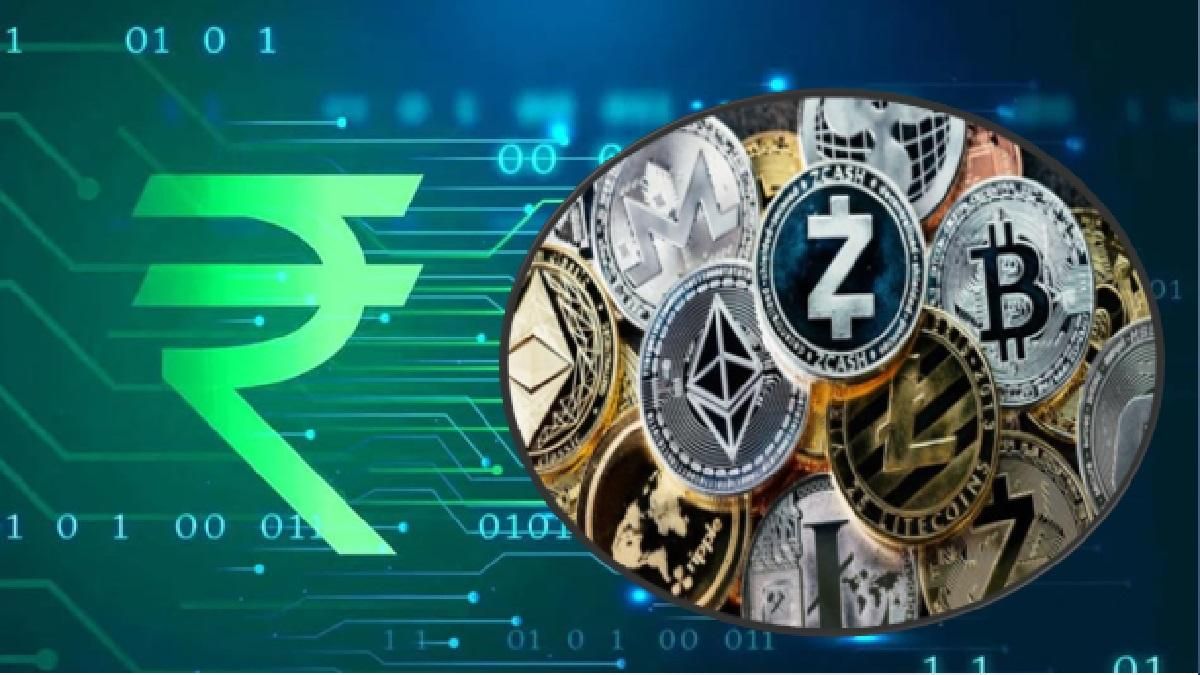 The advantages of the Digital Rupee (e₹-R)?

There are various advantages of the Digital Rupee (e₹-R). The RBI earlier had said that the key reasons for exploring the issuance of CBDC in India among others are to have a reduction in operational costs that are involved in physical cash management, promoting financial inclusion, bringing resilience, and to bring efficiency and innovation in the payments system. Digital Rupee (e₹-R) will also add efficiency to the settlement system along with boosting innovation in cross-border payments space and provide the public with uses that any private virtual currencies can provide, without the associated risks. The RBI repeatedly has flagged concerns over money laundering, terror financing, tax evasion, etc with private cryptocurrencies such as Bitcoin, Ether, etc. Thus, introducing its own CBDC is now being seen as a way to bridge the advantages and risks of digital currency.

Why Do We Need the Digital Rupee (e₹-R)?

By introducing the Digital Rupee (e₹-R), the RBI expects to address problems related to existing physical currencies and cross-border transactions. As we know, making cross-border funds transfers and converting funds into foreign currency is kind of tedious and expensive. Hence, with the launch of the Digital Rupee (e₹-R), instant cross-border money transfers will make bank cash management and operations even more seamless. In India, cash placement and tracking it is known to be a challenge. Hence, the CBDC addresses anonymity and resolves it in a non-intimidatory way and reduces the need for cash. With these acts the government will be able to save operational, printing, distributing, and storing costs, which will in turn empower the government’s vision toward a cashless economy.

The introduction of this innovative pilot will test the robustness of the whole process of Digital Rupee (e₹-R) creation, distribution, and retail usage in real time. It's based on these learnings from this pilot, various features and applications of the e₹-R token and structure will be tested in future pilots. 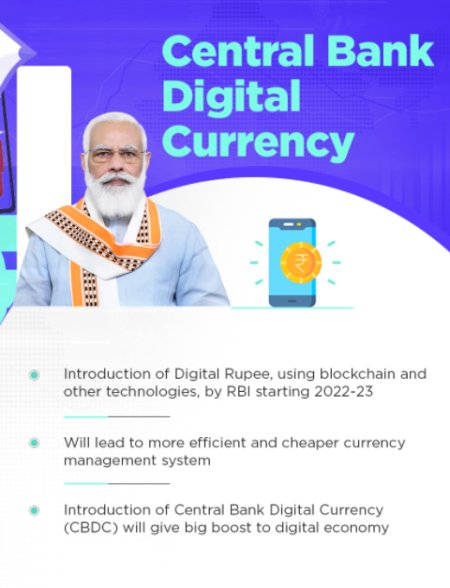 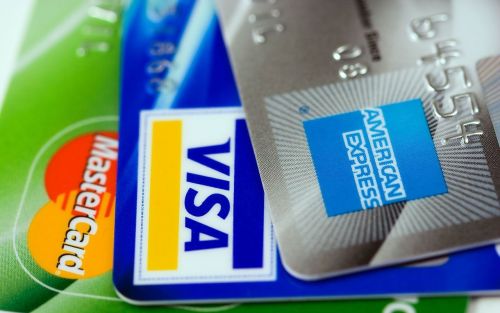