Litecoin vs Bitcoin: Which one is better ? 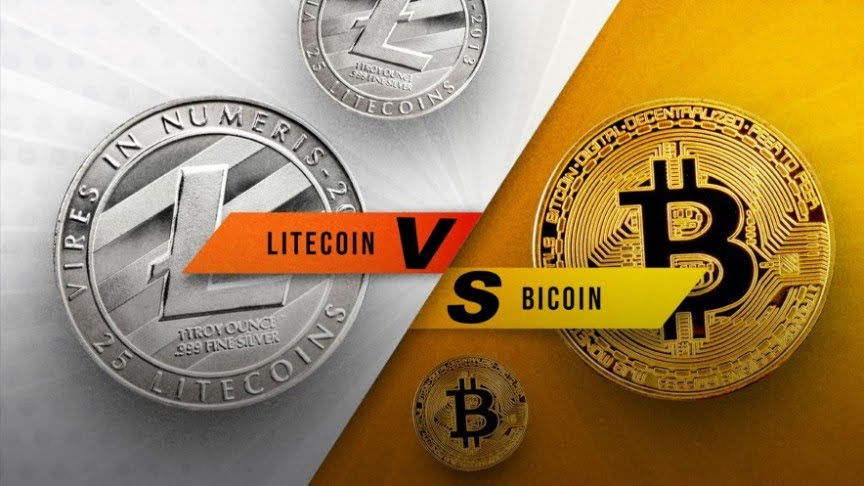 Since the past several years, the interest in cryptocurrencies amongst the general public has fluctuated dramatically. However, with the arrival of the 2020s, the investors' interest in cryptos has mounted. The main focus of this interest lies in Bitcoin, which has always been a dominant name in the world of cryptocurrency. After all, it was the first digital money to grab on. However, many more types of cryptocurrencies have entered the market since the founding of Bitcoin in 2009. Although most of the other digital coins has found it difficult to stand out amongst the crowded field, one non-Bitcoin crypto which has managed to stand up to the competition against Bitcoin is Litecoin (LTC). Currently, LTC trails behind Bitcoin as the 6th-largest digital currency by market cap.

Litecoin is considered a companion when compared to Bitcoin that considered the master in the world of cryptocurrency. Although these two early founded crypto assets have gone hand and hand; however, several key differences between them make them significantly different with regards to investment and trading asset.

In this guide Fintra will compare both the cryptocurrencies and will assist in enhancing your knowledge about Litecoin and Bitcoin along with their similarities and differences. When all the pros and cons are highlighted, it will enable you to wisely decide which of these two cryptocurrencies is better to invest in. The topics included in this blog are: 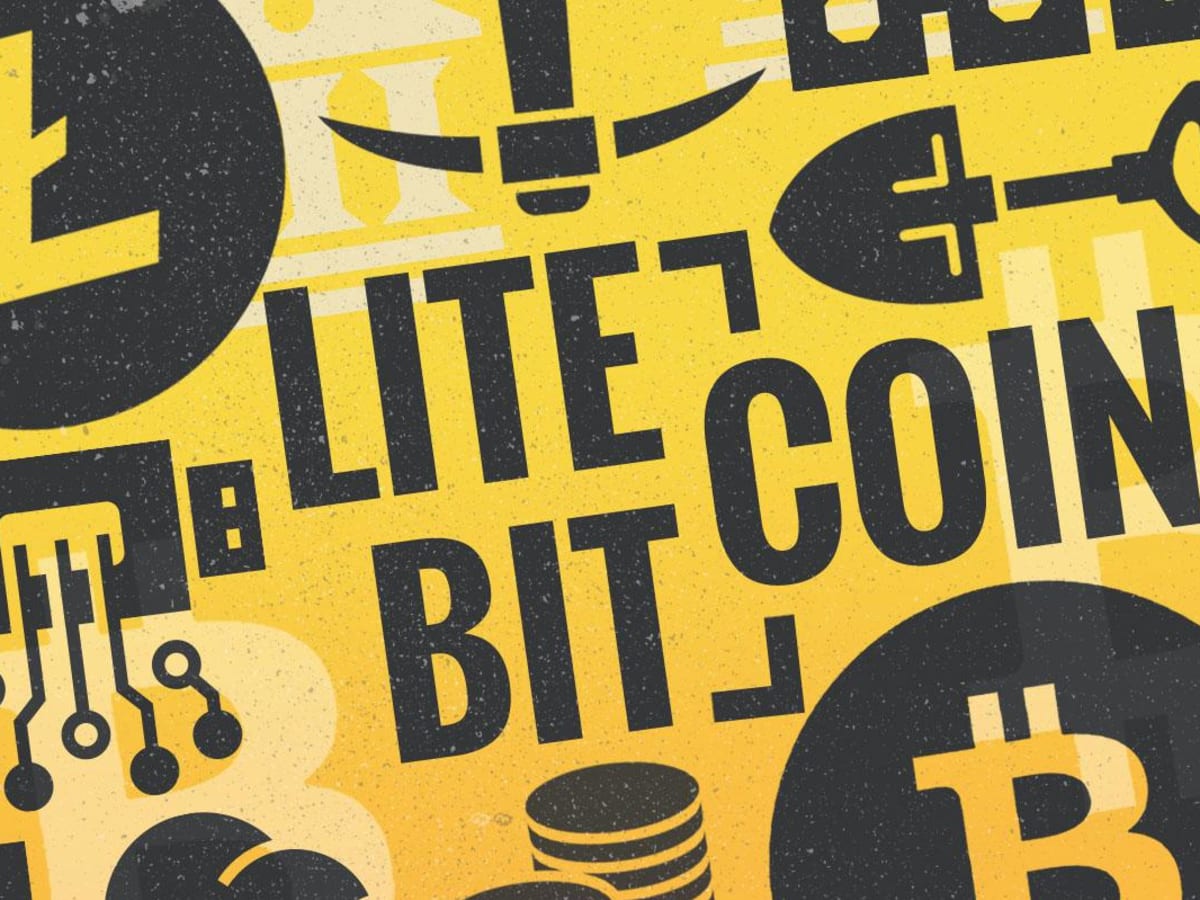 Before taking a closer look at some of the alternatives to Bitcoin, we will briefly explore what do the terms cryptocurrency and altcoin mean. Cryptocurrencies are virtual or digital money that takes the form of tokens or “coins.” Although a few cryptocurrencies have ventured into the physical world in the form of credit cards and/or other projects, a large majority remains entirely intangible. The “crypto” in cryptocurrencies refers to the complex cryptography that allows the creation and processing of digital currencies along with their transactions ability across decentralized systems. Besides this vital “crypto” feature of these currencies, there is a common commitment to decentralization; cryptocurrencies are ideally developed as code by the teams who build in mechanisms for issuance, frequently through a process known as “mining” and other controls.

Cryptocurrencies are mostly designed to be free from government control and manipulation, but since they have grown more popular, this foundational aspect of the industry has now come under fire. The currencies that have been modelled after the invention of Bitcoin are collectively called altcoins, and in some cases “shitcoins,” and they have frequently attempted to manifest themselves as modified or improved versions of Bitcoin. While these currencies might possess some impressive features that Bitcoin lacks, matching the levels of security that Bitcoin’s networks achieve has yet to be noticed by an altcoin.

In general, the field of cryptocurrencies has always been expanding, and the next great digital token might get released anytime sooner. While Bitcoin is broadly perceived as a pioneer in the world of cryptocurrencies, inquisitors adopt various approaches for evaluating tokens other than Bitcoin (BTC). 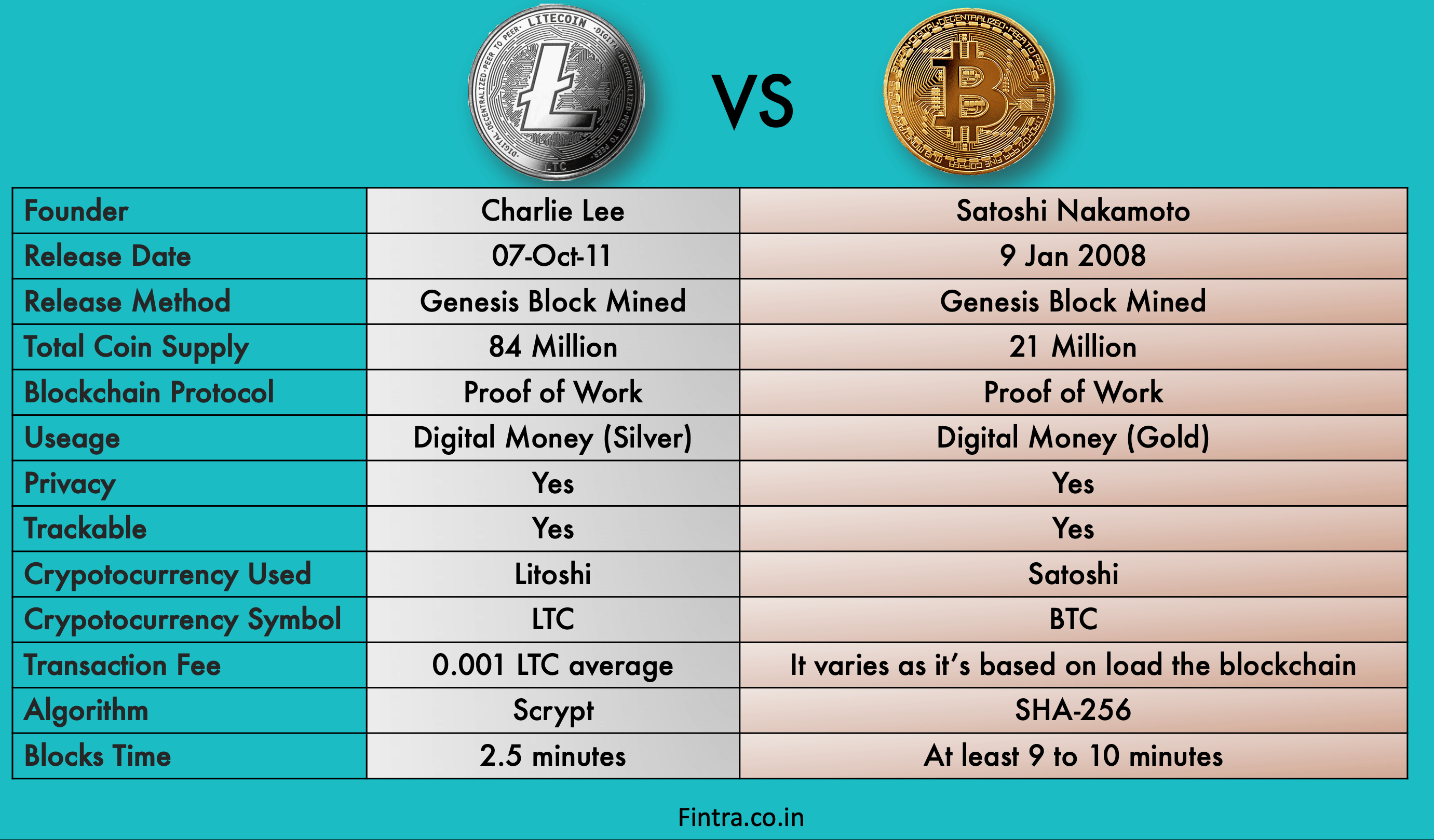 Bitcoin is the first cryptocurrency to be invented along with being the first peer-to-peer form of digital cash. It was the mysterious human being, Satoshi Nakamoto who created this asset and even today, he is unknown and is presumed deceased. To make it function without the need for a third party or intermediary, they made the cryptocurrency decentralized. However, besides leaving a legacy and a financial revolution behind them, their invention has led to establishing a whole new life and community of its own. Bitcoin's life began as relatively worthless and extremely difficult. It was a currency that only the early tech enthusiasts had access to through mining or through connecting with someone who was mining.

Earlier users weren’t aware of the fact that Bitcoin's worth would be so great, hence, they treated it carelessly, even losing them. For example, Bitcoin was first traded for pizza at a rate of 10,000 for two pizzas with toppings making it the first transaction. Later on, Bitcoin became the preferred choice of currency for the dark web marketplace Silk Road due to the anonymity it provides. However, during this phase, its use and adoption eventually helped Bitcoin’s network begin to grow, and now, due to the network effect, Bitcoin has become an unstoppable force, having a market cap and energy requirement larger than some nations. Since the cryptocurrency has grown in values tremendously per coin, it has helped to create an entire crypto market that is filled with altcoins like Litecoin which has tried to beat Bitcoin at its own game, but ultimately it failed to do so. These altcoins now live alongside in harmony with Bitcoin. Each has its own pros and cons.

Speaking about Litecoin that was launched in 2011, it was among the first cryptocurrencies to follow the footsteps of Bitcoin. In fact, Litecoin is often referred to as “silver to Bitcoin’s gold.” Litecoin was founded by Charlie Lee who is an MIT graduate and former Google engineer. Based on the open-source global payment network that is not regulated by a central authority, Litecoin uses "scrypt" as a proof of work, which can be decoded with the aid of CPUs of consumer-grade. Although Litecoin is similar to Bitcoin in various ways, it has a faster block generation rate, and for this reason, it provides faster transaction confirmation time. Along with developers, even the number of merchants are increasing to accept Litecoin. As of January 2021, the Litecoin market cap was $10.1 billion and per token value was $153.88. This makes Litecoin the sixth-largest cryptocurrency in the world.

Similarities Between Bitcoin and Litecoin 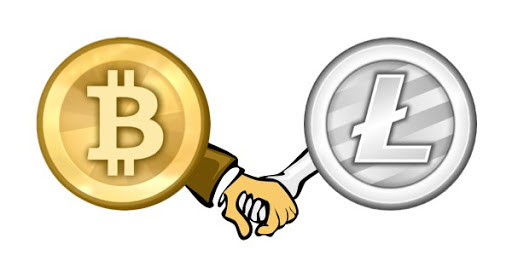 On the surface, Bitcoin and Litecoin do appear to have a lot in common. At the most basic level, both are decentralized cryptocurrencies. Cryptocurrencies aren’t governed by any centralized authority: They only rely on the cryptographic integrity of the network itself. Following are few ways that make both these cryptocurrencies similar:

Proof of Work: One of the vital similarity between Bitcoin and Litecoin is that they have the same proof of work ecosystem. This basically means is that the underlying process used to mine both these cryptocurrencies is fundamentally similar. This incorporates the processes of generating, authenticating, and then adding it to blockchain which is a public ledger.

Storage and Transactions: For investors, the various basic elements of transacting with Bitcoin and Litecoin are very similar. Both of these cryptocurrencies can easily be purchased via an exchange or be mined using a mining rig. Both these cryptocurrencies also require a digital or cold storage wallet to be safely stored between transactions. Their prices are still very similar, too, and over time, they both have proved that they’re profoundly dramatic and greatly volatile forms of digital currency. This also depends upon factors varying from investor interest to government regulations.

Differences Between Bitcoin and Litecoin 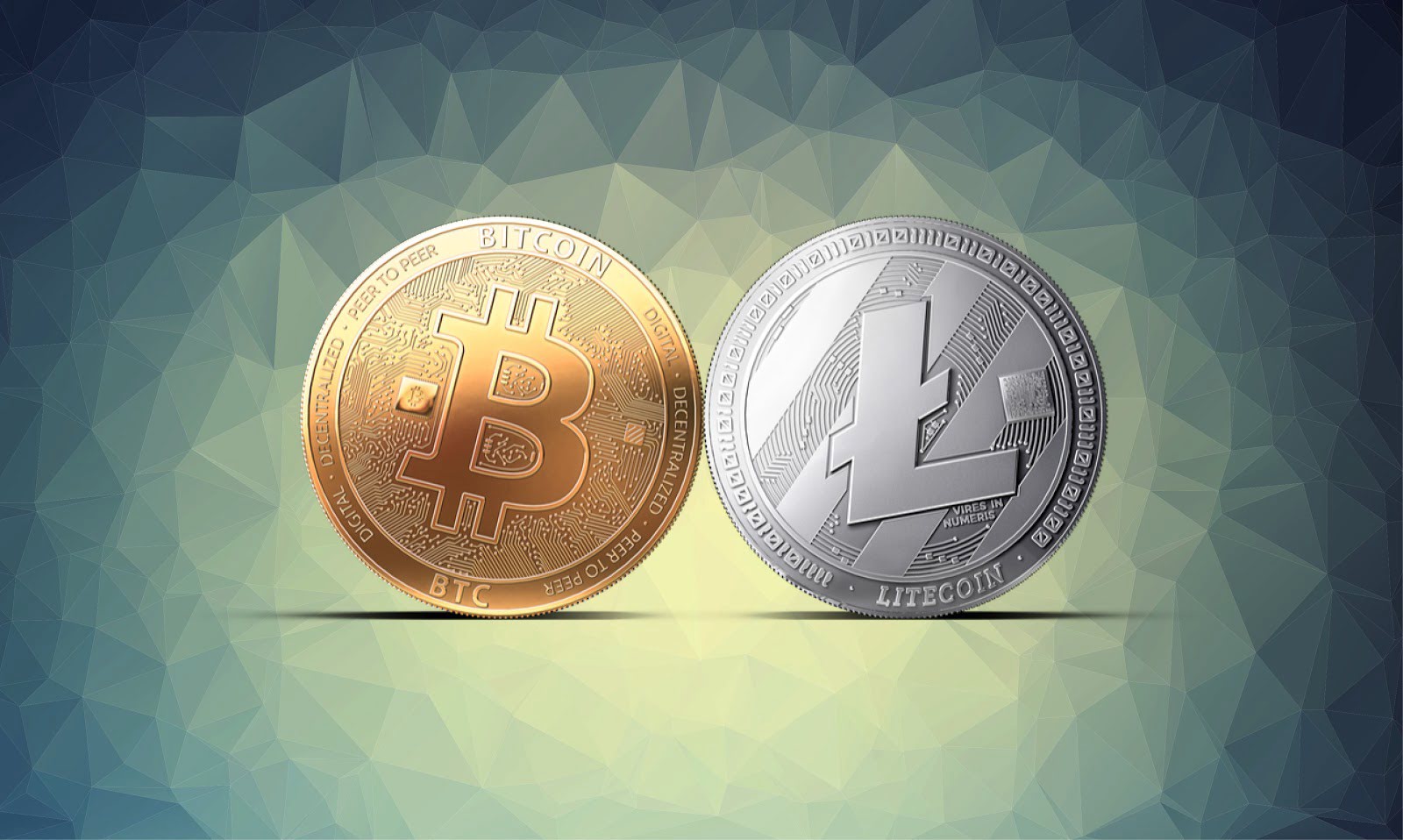 Despite several similarities, Bitcoin and Litecoin have differences as well. That is why when you’re determining which is better to mine, Bitcoin or Litecoin, it is vital to know the differences between these cryptocurrencies:

Market Capitalization: One area where Bitcoin and Litecoin differ significantly is in their market capitalization, the total dollar market value of all the outstanding coins. As of March 2021, the total value in circulation of bitcoins was around $1 trillion, making its market cap to be more than 70 times larger than Litecoin, which had a total value of $13.7 billion. Thus, Bitcoin enjoys a significantly higher value than Litecoin because Bitcoin is so much greater than all other digital currencies that are in existence at this moment.

Distribution: The other vital difference between Bitcoin and Litecoin relates to the total number of coins that each cryptocurrency can produce. This is where Litecoin identifies itself. Bitcoin network won't exceed 21 million coins, whereas Litecoin can hold up to 84 million coins. In theory, this may appear like a significant advantage for Litecoin, but its real-world effects can ultimately prove to be negligible. This is so because Bitcoin and Litecoin are divisible into nearly infinitesimal amounts. The minimum quantity of transferable Bitcoin is one hundred millionth of a bitcoin (0.00000001 bitcoins) known as colloquially as one “satoshi.” Therefore, users of either currency will not face much difficulty purchasing low-priced goods or services, despite how high the general cost of an undivided single Bitcoin or Litecoin may become. The reward size for the received block while mining Bitcoin changes every four years whereas in the case of Litecoin, its premium is changed every 840,000 blocks, also every 4 years.

Transaction Speed: With regards to transaction speed, when comparing both the cryptocurrencies we can see that it takes roughly 9 to 10 minutes to get a block on the Bitcoin network and for Litecoin this figure is roughly 2.5 minutes. Due to this feature, the transaction confirmations using LTC is faster. At the same time, the miners have more chances to obtain a reward for mining a block in the cryptocurrency network and can spend the earned money quicker. However, the negative side is the increase in the blockchain's size that takes up more space. Along with this, there are security problems, too, as it gets cheaper to attack the Litecoin network than Bitcoin.

Algorithms: The most fundamental technical difference between both these cryptocurrencies is the different cryptographic algorithms they employ. Bitcoin uses the longstanding SHA-256 algorithm, and Litecoin uses a comparatively new algorithm called Scrypt. The practical significance of these different algorithms is their influence on the process of mining new coins. The process of confirming transactions, in both Bitcoin and Litecoin, requires substantial computing power. Some miners may allocate their computing resources toward confirming the transactions of other users, and in exchange for doing so, these miners are rewarded by earning units of the currency they have mined. In general, SHA-256 is considered to be complex algorithm than Scrypt, while at the same time enabling a greater degree of parallel processing. Consequently, in recent years, Bitcoin miners have begun using sophisticated methods for mining this cryptocurrency as efficiently as possible. The most common method for Bitcoin mining consists of the use of Application-Specific Integrated Circuits (ASICs), a hardware system that can be tailor-made for mining Bitcoins. In contrast, Scrypt is less susceptible to the kinds of custom hardware solutions employed in ASIC-based mining. Due to this, many commentators view Scrypt-based cryptocurrencies like Litecoin to be more accessible for users who desire to join the network as miners.

Over the last decade, Bitcoin and Litecoin have seen continued decoupling of value. With regards to Litecoin, its users have shown entirely different trading and spending practices compared to Bitcoiners. One interesting study has found that Litecoin will frequently precede Bitcoin’s market movements. However, do note that Bitcoin has always proven to be a better, and/or at least more popular, store of value versus Litecoin.

Speaking about Litecoin, with faster block times and higher transaction throughput, this coin was developed to be a realistic and scalable medium of exchange, whereas Bitcoin has evolved more into a store of value. In fact, in today's time, Litecoin is being one of the most trusted, recognized, and used blockchain-based payment networks in the world. Moreover, some even agree that Litecoin complements Bitcoin, it's not a competitor. 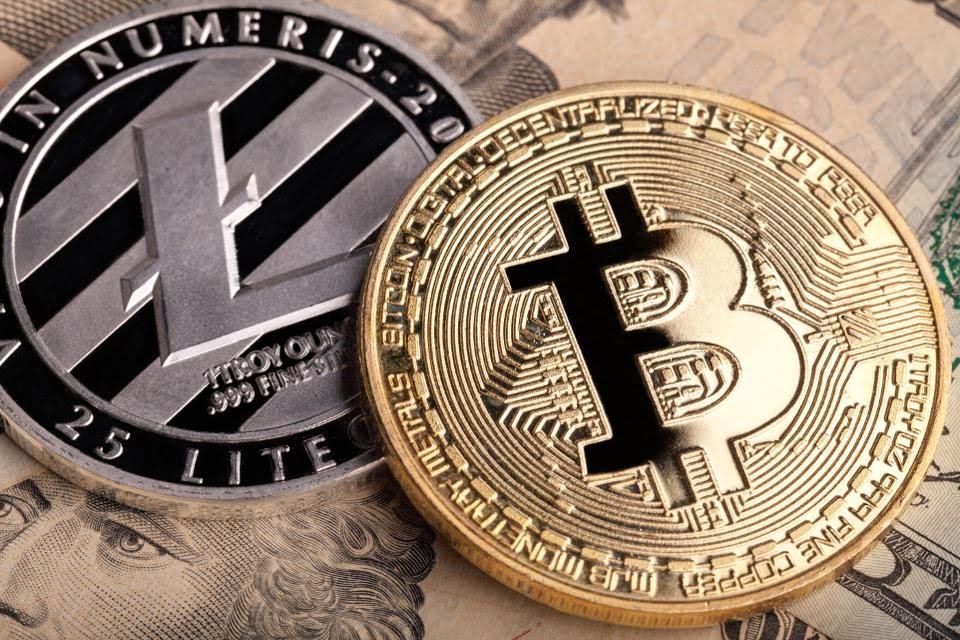 In conclusion, we can say that there is no right or wrong answer to the question of which cryptocurrency to invest in, Bitcoin or Litecoin. As the first cryptocurrency in the world, Bitcoin serves a valuable role, and due to this reason alone, Bitcoin will always hold value among the community. On the other hand, Litecoin provides all the technical aspects that Bitcoin possesses and it has the longevity of being one of the oldest cryptocurrencies in the world. Although Litecoin is more affordable than Bitcoin, which acts as the premier option, experts claim that investing in Litecoin is also a wise act. For these reasons, savvy investors desire to hold on to both of these coins.